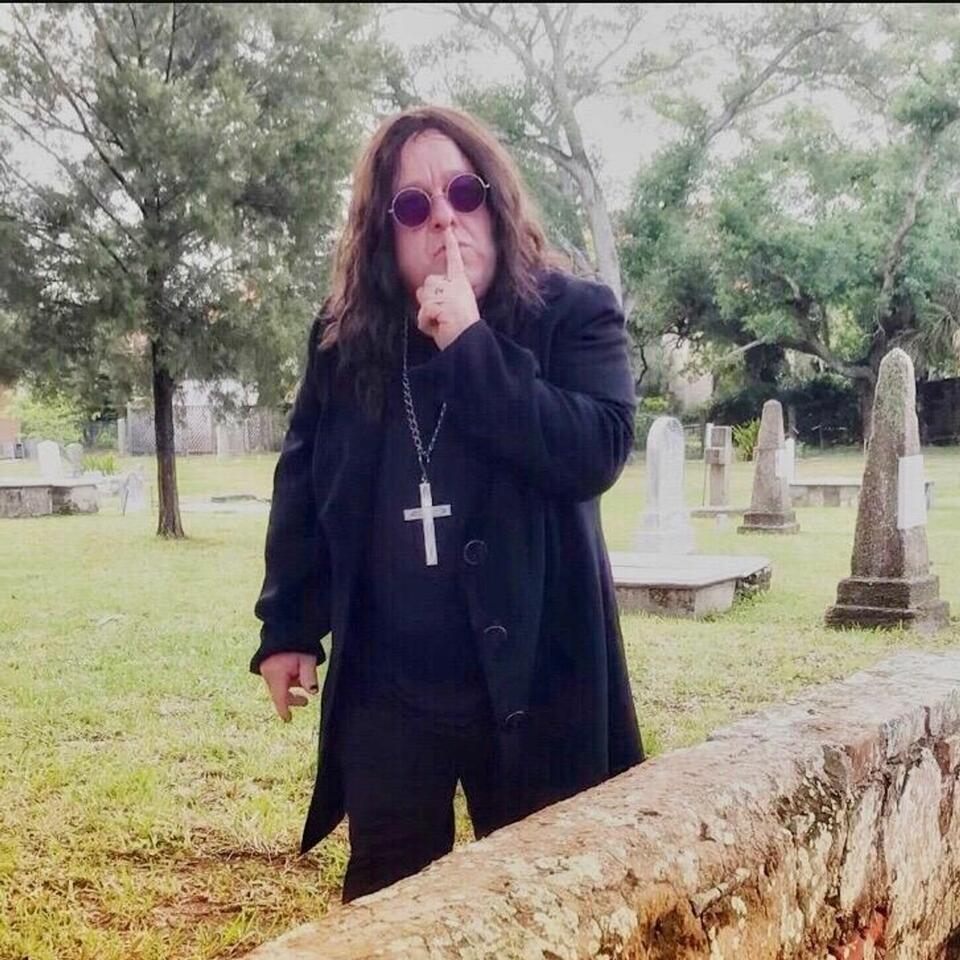 The Nation's biggest tribute band to Ozzy Osbourne *At 4 feet 8 Inches tall!* Little Ozzy is a must see. You must hear the band to believe it. He sounds just like Ozzy and looks identical. http://littleozzybites.com *Little Ozzy *just appeared on the *History Channel* with *Ozzy Osbourne* himself and Son *Jack!* *Little Ozzy* was contacted to be a part of *Ozzy* and *Jack's World Detour* show and the Little impersonator was *told by Ozzy himself.* *" You do sound like me honestly" and “You are very good”.* The show recently aired 9-18-2016 and included recommendations by *Sharon Osbourne* as well. As he performed for her as well. You can watch the rerun on Little Ozzy's website and *The History Channel* website. *Little Ozzy* performs accurate Ozzy/Black Sabbath live shows. According to *Howard Stern* in a brief sentence on his radio show, *"Little Ozzy embodies his idol in such a way it will leave you with an eerie feeling that you were in his presence"*. This self proclaimed Pint Sized Prince of Darkness is serious in spirit, talent and authenticity". Just a couple years ago, Little Ozzy sang her song Mama I'm Coming Home , to *Sharon Osbourne* in front of 14 million people on *NBC’s America's Got Talent.* Lin never auditioned for the show. The producers were searching specifically for a pint-sized, Ozzy impersonator. Lin knew going in, he wasn't there to compete. Lin said *“I knew I wasn't going any further*”. Lin and his band have performed in clubs all over the country, and he plays to a packed house every time. Little Ozzy was also flown to Hollywood to make an appearance on *SPIKE TV'*s Tattoo Nightmares. He has become known worldwide and is recognized in any town everyday for an autograph or a quick picture with fans. Little Ozzy has been featured in and has appeared in *Rolling Stone, E Hollywood, TV Guide and Revolver Magazine, Blabbermouth,* He trended worldwide on Twitter as the number 4 most searched for name in the entire If you would like to schedule a concert event, or a personal appearance do not hesitate to email me or call me . Thank you again and we look forward to serving you and meeting your needs. Sincerely, Robert Doak 757 319 5706

Paul Jackson for Into The Fire

May 22, 2020 • 34 min
Patrick Kennison discusses Lita Ford and his new tribute album from his band Heaven Below entitled “ Rest In Pieces A Tribute to the Departed ! We will be playing a couple songs tonight ! You will die when you hear this. Tune in tonight.
Share
Mark as Played

Billie Eilish cover I Love You

More than Words by Little Ozzy and Johnny Lawrence

May 8, 2020 • 50 min
Johnny is 18 yr old guitarist for Little Ozzy . He also discusses his first original CD CRADLE recorded by Bill Leverty from Firehouse. He will be playing his entire CD. Join us
Share
Mark as Played

May 2, 2020 • 18 min
Greg Chaisson joins me to discuss, Kings Of Dust Greg was with Badlands and Red Dragon Cartel
Share
Mark as Played

April 22, 2020 • 27 min
Tony Whitford owner of Worth guitars and Johnny Lawrence of Cradle and Little Ozzy joins us. www.worthguitarsusa.com
Share
Mark as Played

April 21, 2020 • 22 min
Blackberry Smoke music. Be sure to tune in This Friday night for the Charlie Star interview.
Share
Mark as Played