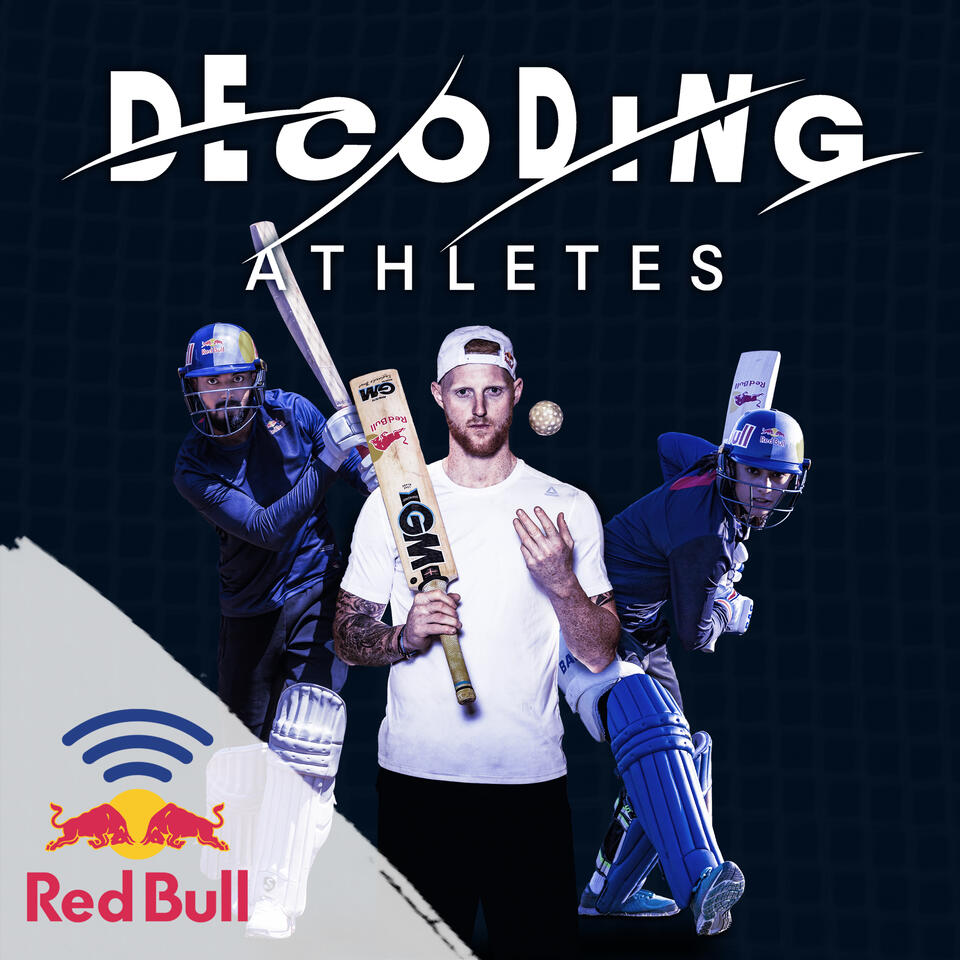 Find out what it takes to be an elite level athlete as we lift the lid on their personal and professional lives with unrivalled honesty leading to fascinating stories and insight from around the sporting world. Jack Nowell - alongside his team mates, family and inspirations - delves into his experience of being an England, Exeter and British Lions rugby player with Nick Bright. Discussing life on the pitch, they also explore how players relax, how important it is to set themselves up for after their professional sporting career, the likelihood of injury as well as how to overcome it and much more. In Season One, eight-time Flatland BMX Champion Matthias Dandois opened his contacts and spoke with some of action sports' biggest names including Danny MacAskill, Justine Dupont, Tom Pagès and many more about what makes them tick and has helped them to be lead and change their disciplines forever. To find out more about the series, and discover more about Red Bull's athletes head to http://redbull.com/decoding.

April 6, 2021 • 36 min
Ahead of the 2021 Indian Premier League, cricket superstars Smriti Mandhana, Ben Stokes and KL Rahul discuss what to expect from the hugely anticipated competition with Isa Guha.

Recorded live on Clubhouse, they discussed how they've been preparing for the tournament, what they're expecting and the prospect of a full women's IPL. They also chatted on the rivalry between India vs. England, their training, how they focus ...
Share
Mark as Played

March 25, 2021 • 27 min
In the final episode of the series, Jack Nowell looks to his future with Nick Bright - and what a life which up to this point has been shaped and dominated by one sport might be like once he hangs up his scrum hat.

To help him navigate his potential options, one of Jack's idols - Australian surfer Mick Fanning joins to discuss the moment he knew it was time to hang up the board as well as share his now infamous story of battlin...
Share
Mark as Played

My Body on the Line with Jack Nowell plus Ed Jackson, Series 2 Episode 5

March 18, 2021 • 38 min
There is a well documented risk of injury in rugby union but in this episode Ed Jackson helps Jack Nowell put this into perspective and explains how he's not allowed setbacks to stand in the way of achieving great things. Along with Nick Bright, Ed - a former professional rugby player himself and ambassador to Restart as well as Wings for Life - describes how breaking his neck off the pitch hasn't stopped his desire to acco...
Share
Mark as Played

March 11, 2021 • 41 min
An athlete's downtime can be as important as their training - and Nick Bright gets to the bottom of exactly what Jack Nowell gets up to with the help of a few special guests.

They look at Jack's business interests from fashion to owning a pub when they are joined by fellow Cornish native, chef and restauranter Tom Brown; they talk gaming with professional FIFA athlete Ryan Pessoa; and also what Jack does to unwind from tatto...
Share
Mark as Played

March 4, 2021 • 33 min
Cornwall and the South West of England is a special place for Exeter and England star Jack Nowell - and in this episode of Decoding Athletes he explains to Nick Bright just how it's shaped him and helped him become the athlete he is today. With stories from his mother and brother Frankie - who's following in Jack's footsteps in the Chiefs' Academy - big wave surfer Andrew Cotton also joins the conversation to discus...
Share
Mark as Played

My Lessons with Jack Nowell plus Katie Ormerod, Series 2 Episode 2

February 25, 2021 • 24 min
Jack Nowell breaks down some of the key lessons he's learnt in his career so far with Nick Bright as well as World Cup champion snowboarder Katie Ormerod. They discuss what it takes to overcome injury, how this affects athletes' mentally and whether Jack could ever follow in Katie's footsteps by becoming vegetarian...

You can listen and watch all episodes of Decoding Athletes with Jack and Nick, revisit Season One, and ...
Share
Mark as Played

My Chiefs with Jack Nowell plus Luke Cowan-Dickie and Henry Slade, Series 2 Episode 1

February 18, 2021 • 36 min
Jack Nowell is joined by Exeter Chiefs and England team mates Henry Slade and Luke Cowan-Dickie to share tales of their childhood together, growing up through the Exeter Academy and how all this resulted in one of European rugby's most successful seasons ever.

You can listen and watch all episodes of Decoding Athletes with Jack and Nick Bright, revisit Series One, and read more about all the athletes featured at http://redbull.c...
Share
Mark as Played

February 4, 2021 • 1 min
Starting Thursday, February 18 - Decoding Athletes returns with Jack Nowell who lifts the lid on what it's like to be an elite level rugby union player both on and off the field. Joined by Nick Bright, in this six-part series they dissect Jack's life from growing up as a son of a fisherman and how Cornwall shaped him; what he does in his spare time to relax and to set himself up for life after rugby to being part of one of ...
Share
Mark as Played

July 22, 2020 • 74 min
Terry Adams came from nothing and became legend. His exceptional career started in Louisiana and brought him two NORA Cup Number One rider awards, multiple XGames medals and many more awards. For me he is the definition of a self-made pro rider.

In this episode Terry tells us how he made it to The Ellen DeGeneres Show, how he worked with a BMX flatland coach to improve his performance and how he reaches every goal he sets. Listen un...
Share
Mark as Played

July 15, 2020 • 77 min
When two legends team up, their success is guaranteed. Professional explorer Mike Horn and rally driver Cyril Despres came together for the dakar rally and I met the crazy duo in Chamonix, France. They told me about fear, money, adrenaline and risks in motorsports and why their training is like a shortcut to success. Mike has seen more of the world than nearly every other human. He gave us an inspirational coaching lesson about lif...
Share
Mark as Played

July 8, 2020 • 62 min
Patrick Seabase is an outstanding fixed gear cyclist from Switzerland. He completed one of the most treacherous Tour de France stages on a fixed gear bike ever. For this episode I met him in Bern, Switzerland. Patrick told me about his fastest speed ever on a bike, his crazy project 1910 and why healthy food is such important. He teaches us about being esthetic on the bike, the best training for each project and the importance of r...
Share
Mark as Played

July 1, 2020 • 64 min
Miles Chamley-Watson is the 2013 foil fencing world champion and the most inspiring fencer of his generation. To decode his brain we talked about the keys to success, always improving his sport and how you can make a living from a niche sports. Miles also told me about his difficult childhood with ADHD and being kicked out of school and how fencing helped him going through that. We ended up talking about #blacklivesmatter and how w...
Share
Mark as Played

June 24, 2020 • 61 min
In this episode, I decode French Big Wave Surfer Justine Dupont who became World Champion at the age of 15 and probably surfed the biggest wave ever as a woman. Together with her boyfriend and Bodysurf World Champion, Fred, she surfs the biggest waves the ocean can create in Nazaré, Portugal. Justine tells us about her relation to fear, how she crashed in 2018 and how her and Fred deal with the massive risks. You will hear about Ju...
Share
Mark as Played

April 22, 2020 • 64 min
In this episode I decode Tom Pagès who is one of the most innovative Freestyle Motocross riders in the world and makes the sport look like art. How do you become one of the most creative FMX riders in the world? How do you overcome the fear of doing backflips? And how do you manage the process after your brother crashes and one of your best friend dies?

The things I learn from this episode with Tom Pages are incredible. I met him a...
Share
Mark as Played

April 15, 2020 • 60 min
In this episode I decode British female Rally driver Catie Munnings who I met during the GP Ice Race in Zell am See, Austria. That engaging talk with Catie was one of the best conversations I’ve ever had with an athlete. It was fascinating to hear how she spends her winter on ice, how she wants to grow up against the boys and prove girls can drive. She explains how she performed her first handbrake turn when she was just 13 years o...
Share
Mark as Played

April 8, 2020 • 42 min
In this episode I decode professional snowboarder Scotty James who I met during the Laax Open, the biggest snowboard event in Europe. I didn’t know Scotty personally before, but I definitely heard of him. At the age of 25 he has already participated at three Olympic Games. He is five times X Games medalist and won nearly every contest he entered in 2020. He tells us how he felt when he was just 15 years old at his first Olympics, h...
Share
Mark as Played

April 1, 2020 • 72 min
In the first episode I decode trial bike legend Danny MacAskill. Danny is to me the best human on a bicycle today. He comes from a trial bike background which is pathing through an obstacle course without setting foot to ground. But he took it to the next level and created a whole new discipline by bringing trial to the street. In this interview we did in the Red Bull Music Studio in London, we talked about how to get millions of v...
Share
Mark as Played

March 25, 2020 • 2 min
Professional BMX rider and eight times Flatland World Champion Matthias Dandois has been privileged to travel the world for 15 years meeting a lot of people from different cultures. He was always eager to learn different things from these people. And this time he brings you on his journey interviewing and decoding a bunch of top action sports athletes from all around the world to find out what it takes to become a successful world ...
Share
Mark as Played