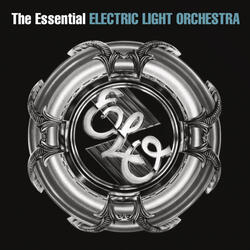 You made a fool of me,
But them broken dreams have got to end.

Hey, woman, you got the blues,
'Cause you ain't got no one else to use.
There's an open road that leads nowhere,
So just make some miles between here and there.
There's a hole in my head where the rain comes in.
You took my body and played to win.
Ha, ha, woman, it's a cryin' shame,
But you ain't got nobody else to blame.

Rolled in from another town,
Hit some gold, too hard to settle down.
But a fool and his money soon go sep'rate ways,
And you found a fool lyin' in a daze.
Ha, ha, woman, what you gonna do,
You destroyed all the virtues that the Lord gave you.
It's so good that you're feelin' pain,
But you better get your face on board the very next train.

Evil woman, how you done me wrong,
But now you're tryin' to wail a diff'rent song.
Ha, ha, funny, how you broke me up.
You made the wine, now you drink a cup.
I came runnin' ev'ry time you cried,
Thought I saw love smilin' in your eyes.
Ha, ha, very nice to know
That you ain't got no place left to go.