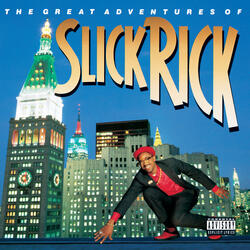 Excuse me, I'm trying to earn a mere buck or two
A solemn rapper come in -- and who the fuck are you?
Around this part of town with diamonds and your girl in fur
"I'm trying to enter in this rap contest you're havin sir"
You're kinda late "Flat tire" Well that'd do it 'cause
Well alright, pay me now, and you'll be at the hub
"I hope I don't mess up, or run out of breath, or even BRICK"
Don't worry hon you're hittin em harder than a fuckin brick
"But what do you think Van?" Please, no one can serve us
"Wish me luck dear, I'm scared and I'm nervous"
So who stands, who falls, who crowds the halls
This one the DJ calls... lick the balls!

Now everytime I write dope raps they come vickin it
Now you know the title of this, so start lickin it
Lips kickin it, hey bitch, there is a brick in it
So when you think you're prepared, I keep stickin it
Now here they come with a spike to fight, take it light
Now who the one you're trying to be like with all your might
And anyone that attempted to remove me out the race
best give me space before I fly in they fuckin face
Now raise that vocal, play that role around your local hoods
Don't worry about a thing cause Ricky Rick is bringin home the goods
Who stands, who falls, who crowds the halls
This one the DJ calls... lick the balls!

Now everything that come out your mouth, sound like it's out of spite
I'm back on a mission and this time I'm gonna anchor right
That's right, ads help, he's improvin it
"Thank gosh Rick! We love the way you're movin it"
Who's hittin rough in eighty-eight I bet your momma knows
Backslap you all down like I were dominoes
Stun em all, come on y'all, give me a taste of life
Act trife, I'll let my dog cold fuck ya wife
So be my friend and don't pretend you will not be forgiven
You're cleaning house up to the MASTER, that's how we both are livin
So who will stands, who falls, who crowds the halls
This one the DJ calls... lick the balls!

GO Vance Wright! GO Rick! Look at the style we bring
How come you cannot write a rap that will erase the king
The girls you watch are now entranced now when they see me slam
Shit on motherfuckers and I tell them who the fuck I am
My name is Rick, but now you know who's rulin it
Pump the world and the DJ put the fuel in it
Come ride the dick and if you want to know what is the word
Who write the baddest raps you and your boys have ever heard
I eat you up and give your girl a bowl of Puppy Chow
You understand alright? Hello! I'm tryin to tell you now
Who stands, who falls, who crowds the halls
This one the DJ calls... lick the balls!

Chat About Lick The Balls by Slick Rick