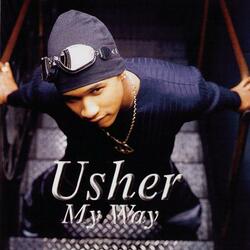 Strictly fuck with those six digit niggaz
If the first one is a nine, they a buck behind
I live my rhyme, at the same time
Can't find myself layin' up, if you ain't payin' up

Bullets start sprayin' up, you know my niggaz is sick
The game ain't enough for you to run up in this
I need stacks of chips, you know dream house money
Shit, you just like me
So don't start actin' funny

You're the kind of girl that makes
Everybody feel that you're just so damn good, so damn good
But your secrets I found out
So don't deny what you're about
I know the truth and you know I do, I do, cuz

Quiet as kept, you cry out for help
When no one else is there I bet you touch yourself
Does it feel good?
Late night calls, I bet you do it all
Anything to get it off but you still persist to front on me
Baby tell me

If I had one wish in the world, I swear to God
It would be for girls to rock pearls, straight out the oyster
Voice yo' opinion, Queen B made a million
Got mirrors on my ceiling, so I can see it

And ya smoke gray six, nigga I thought you was a groupie
Obsessed fan with my picture in ya hooptie-doo
Heard my record now ya know I'm freaky
So ya wanna wreck it and ya wanna see me

How your dreams be, you want me sexual
In a gun fight, two on three
I'm next to pull, and I love life
Something you never could imagine, then you woke the fuck up
It's just rappin' (ahhh)