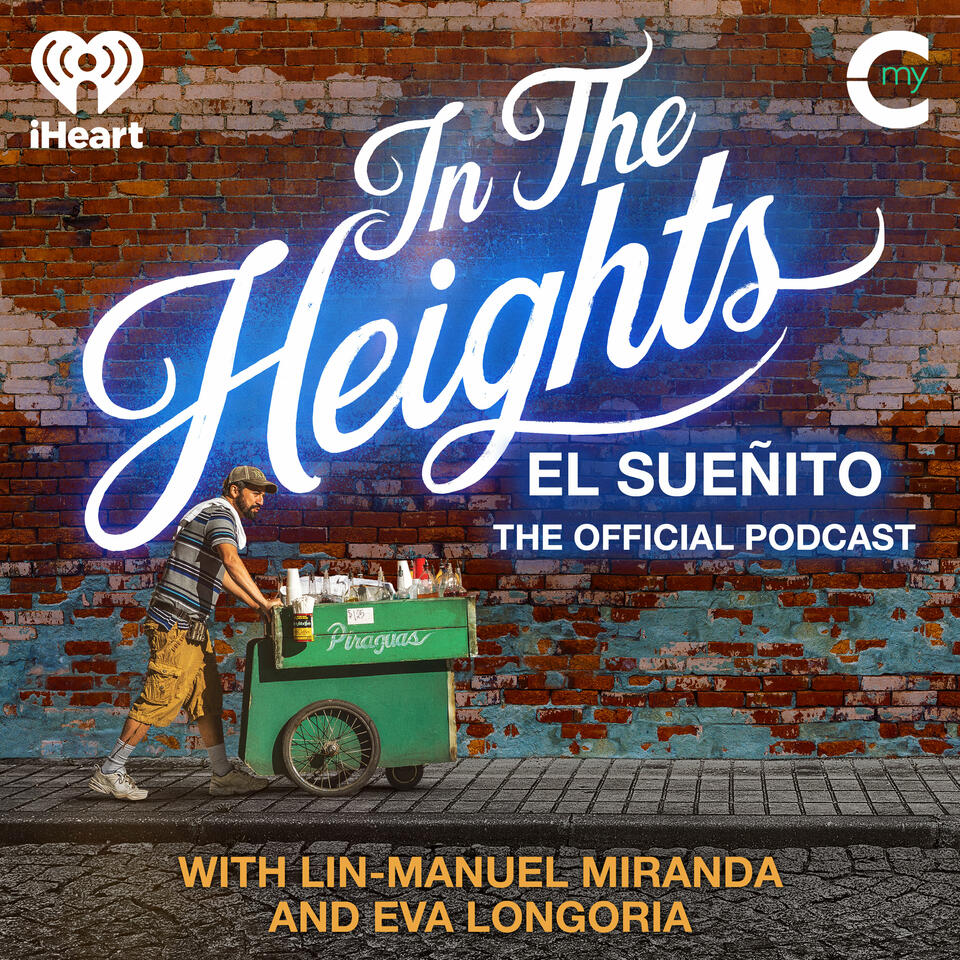 In The Heights: El Suenito

In this special limited podcast series, creator and producer Lin-Manuel Miranda, of Hamilton and In the Heights fame, chats with host Eva Longoria about his musical turned movie, In the Heights. Quiara Alegría Hudes (writer/producer) and Alex Lacamoire (executive music producer) join this in-depth conversation about the inspiration for In the Heights and how it went from the stage to the screen. Episodes immerse listeners into the genesis of Miranda’s first hit production, that he wrote when he was 19 years old, about his childhood neighborhood near Washington Heights, NY. He describes the familiar sounds, people, community and culture he called home. The feeling of home being one of the central themes of In the Heights. Naturally, the conversation digs deep into the music. The fusion of hip-hop and Latin beats, a first for any musical. Miranda shares a demo of one of his early songs from In the Heights, that illustrates the evolution of sound from its beginning stages to the current movie soundtrack. Experience the journey of the making of In the Heights the movie.

The Making of the Movie

Lin-Manuel Miranda, Quiara Alegría Hudes and Alex Lacamoire take us through the journey of how “In the Heights” went from the stage to the screen. We learn about the challenges faced and the introduction of contemporary storylines that are relevant to the Latino community of today. Host Eva Longoria also shares her special connection to the movie. Miranda explains why director Jon M. Chu (“Crazy Rich Asians”) was the right choice f...

It’s All About the Musica

Lin-Manuel Miranda and executive music producer Alex Lacamoire talk about the evolution of the music featured in “In the Heights.” How it started from its beginning stages of fusing hip-hop and Latin sounds, to the current movie soundtrack. They even share one of the early demos of the song “Blackout.” Miranda also discusses how music was a part of his personal journey before making it to Broadway. He takes us back to opening night...

Home is Where the Heart is

Lin-Manuel Miranda shares his meaning of ‘home,’ the central theme of the musical and movie “In the Heights.” He talks about the importance of home being the universal truth that connects us all. Miranda, along with his longtime collaborators Quiara Alegría Hudes and Alex Lacamoire, tell host Eva Longoria personal stories about their experiences growing up Latino and how it helped shape the story of “In the Heights.” They describe ...

Introducing In the Heights: El Suenito

May 21, 2021 • 2 min
Learn more about your ad-choices at https://www.iheartpodcastnetwork.com