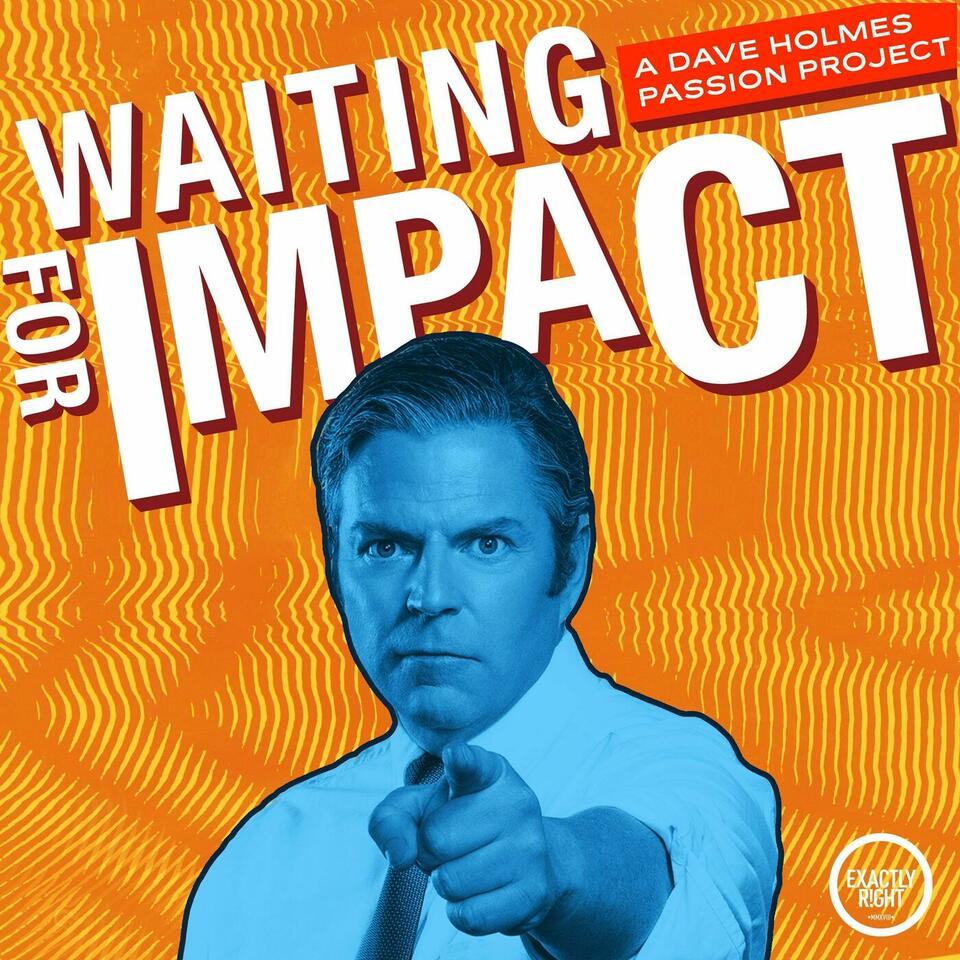 Dave Holmes is obsessed: What ever happened to Sudden Impact, the R&B boy band whose arrival was announced in Boyz II Men’s “MotownPhilly” video? What happens when you make a big debut, and then…nothing happens? Waiting For Impact is a deep dive into a disappearance that has haunted pop-culture die-hards since 1991. Dave is determined to track the group down and find out what really happened, and along the way he talks to his friends in the entertainment world— comedians, actors, writers— about the twists and turns that led them from where they were in 1991 to where they are in 2021. It's about high hopes, unexpected results, and why sometimes not getting what you want is the best thing that can happen.

Hosted by Ash Kelley and Alaina Urquhart from the hit show Morbid.

When 90-year-old Laurence Pilgeram drops dead on the sidewalk outside his condo, you might think that’s the end of his story. But, really, it’s just the beginning. Because Laurence and others like him have signed up to be frozen and brought back to life in the future. And that belief will pull multiple generations of the Pilgeram family into a cryonics soap opera fil...

Dave has reeled in his white whale, the elusive Dave Smith. Smith gives his version of events, and we find out once and for all why Dave has had this story on his mind for three decades. Our Sudden Impact journey ends here...or does it?

9: Mama Said Knock You Out

Dave gets the Sudden Impact story from two original members: Todd White and Alan Healy, and finds out the whole thing started as a promise these guys couldn’t go back on. Plus, a talk with one of the most recognizable pop music voices of the early ‘90s, a man who is absolutely gonna make you sweat.

A brand-new lineup, a brand-new pop music scene, and a brand-new name. Our guys give the big time another swing, and get closer to a hit than ever before. Dave gets the scoop on the turn-of-the-millennium version of Sudden Impact, and makes contact with one of the most unforgettable faces in music video history. Warning: this episode will put your heart in motion.

Dave takes a detour into the ‘90s alternative rock journey of Dog’s Eye View: A young man with talent, drive, and a dream. A cultural moment that’s just right for him. A climb from the basement to the mountaintop, a story of big plans and big changes from a man who’s seen it all. And Dave stumbles on the single word that sums up his Sudden Impact obsession and points a way forward.

Sudden Impact’s producer Tim Byrd has entered the chat. He and lead singer Aaron Kane continue the story of the group, through record label mishaps, internal strife, and a changing music scene. Plus, a deeper dive into the ways our culture evolved during the Sudden Impact years.

We have made contact with Sudden Impact. Aaron Kane, the group’s lead singer, tells us how they came together, how they got Michael Bivins’ attention, and where things began to go wrong. Plus, Dave shares war stories with an old MTV colleague about having a normal life one day, and a TV show the next.

What’s it like when you reach the kind of super-stardom Sudden Impact was dreaming of, and what happens when it’s all over by the time you’re 21? Dave gets the real deal from a man who lived it.

3: The Promise of a New Day

The search for Sudden Impact continues, as Dave meets another member of the East Coast Family, a young singer who was set up for stardom and found something different instead. Plus, music chart journalist Chris Molanphy gives us the fascinating specifics on exactly how popular culture changed forever in 1991.

Big dreams require big swings. Dave talks to an unexpected voice about the bold action that changed her life forever. Meanwhile, 1991 Dave Holmes and Karen Kilgariff are leading parallel lives 2,000 miles apart. Dave Coulier is involved. And we are one step closer to finding Sudden Impact.

1: I’ve Been Thinking About You

Dave Holmes has been obsessed with a pop culture disappearance for decades: what ever happened to Sudden Impact, the boy band who were featured in Boyz II Men’s “Motownphilly” music video and then vanished? Before we dive into the mystery, we’ll need to take a good look at life in 1991, when the music industry was flush, and what it was like to be a pop culture obsessive in a time before the internet. Plus, are we closer to the Eas...

In 1991, a boy band called Sudden Impact made a big debut in the music video for Boyz II Men’s “MotownPhilly,” and then... they disappeared. Dave Holmes has been obsessed with this story for decades, and now he’s going to find out what happened. The search for answers will take us into the recording industry of the ‘90s, into Michael Bivins’ East Coast Family, into what life was like before the internet ruined us, into the definiti...