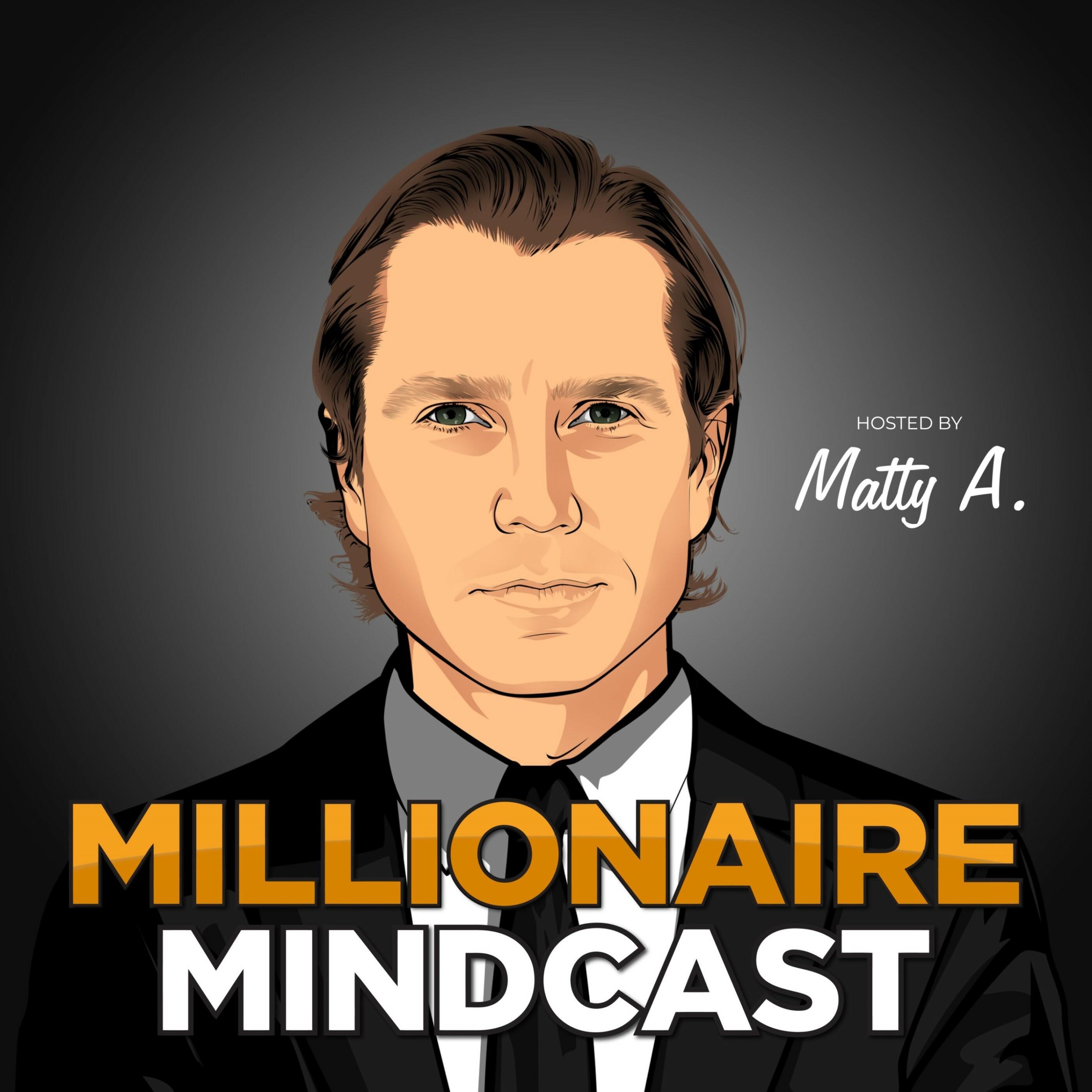 The Rich Life presents, The Millionaire Mindcast podcast, a show that focuses on 4 important pillars that lead to unlocking a more rich and fulfilling life; Relationships, Investments, Community, and Health. The Host! Matt Aitchison - a multi 7-figure real estate investor, entrepreneur, speaker and educator, a Fan of Ed Mylett, Andy Frisella, Lewis Howes, Grant Cardone, and Tim Ferris!. Every week he interviews badass millionaires, billionaires, and elite achievers who are “Whole Life Millionaires” by taking their wealth far beyond what dollars can buy. Join me each week for new insights on how to level up in these areas of your life as you march toward that million-dollar milestone. It’s time to define what R.I.C.H. means to you, make your money matter, and live life on your terms. It's time to unleash your millionaire within.... Show More

Why You Need To Invest In Your Business And When You Should Diversify | David Neagle
January 13, 2020 • 51 min

In this episode of the Millionaire Mindcast, a remarkable guest, David Neagle who shares his entrepreneurial journey gives amazing tips on how to be a successful entrepreneur, how to get rid fears and back up from failures, how to get rid toxic people in your life, how to make your idea realize, and when is it the right time to diversify and start investing out of your business!

David Neagle is a mindset mentor, famous speaker, podcaster and host of The Successful Mind Podcast, bestselling author of The Millions Within, a book focusing on intention, focus, and awareness to build your dream business and life. David is the founder of the multimillion-dollar global coaching company Life Is Now, Inc, helping thousands of entrepreneurs, experts and self-employed professionals gain confidence and find the right mindset to increase their revenue, turning their endeavors into seven- and eight-figure ventures.

Being in the coaching and mentorship industry for more than 20 years, David has worked alongside other well-known mentors like Bob Proctor and Tony Robbins, and his clients include many well-known people, including New York Times #1 best-selling author Jen Sincero. Because of the results his clients have achieved, along with his dedication, David’s coaching has expanded to more than 30 countries, and he has been featured on Forbes, CBS, NBC, Wall Street Journal, Inc, HLN, Entrepreneur, and Fox.

Young David became street smart because it was needed to keep away the fears from the surroundings. His life was not on a good track and grew up witnessing all the struggles within his family. Because David doesn’t want his children to experience the hardships he’d been through, he doubles down on being a responsible person and a father.

David didn’t know that he was an entrepreneur at heart but was really preferred to make his own thing and be in control with his own income than working for somebody else. He wanted to change his situation but doesn’t know where to get started. Then, he realized that he must change his attitudes first to change his situation. So while working for Petroleum Company for seven years, he prepared himself, he learned to work with other people and learned from them, studied who David Neagle is, and how to be a successful person.

Later, David decided to leave the corporate world and build his own business. He left his work to consulting, coaching, speaking, and that he built Neagle Media. Because David was very determined to win, he had developed the ability to lose without taking it personally, take chances, take risks, develop the good attitudes, frameworks, and learn from the mistakes and people he had with.

A mentor motivated him to become a good follower; he gets rid of his ego and the shame around asking for help which he had no idea that it was blocking him so much. Just like other entrepreneurs, he encountered bumps and challenges but learned to accept himself and embraced it. To him, failing is fine but what’s not fine is that you never try what you desire to do with. Losing is not the end, so stand, and back up. Thus, stop being afraid of making decisions and failing but always find the right thing about the things that got wrong, learned from it and go on. He learned the strategy and tactics to enjoy success just like other entrepreneurs because mistakes don’t really bother him but he used it to continue to grow and expand.

David gives advice on not investing in the things that you don’t understand and develop skills set in understanding your business like sales, marketing, social media, and stuff like that. On the other side, despite his success, David has always had a deep desire in helping people the way his mentor had helped him. From starting off with the basic idea of wealth fund - just taking 10 cents out of every dollar that came to the company to now having multiple companies and helping people to be free and creating the lifestyle they want. Therefore, he expands it more globally to really touch people’s lives all over.

Some Questions I Ask:

In This Episode, You Will Learn:

Connect with David Neagle on: