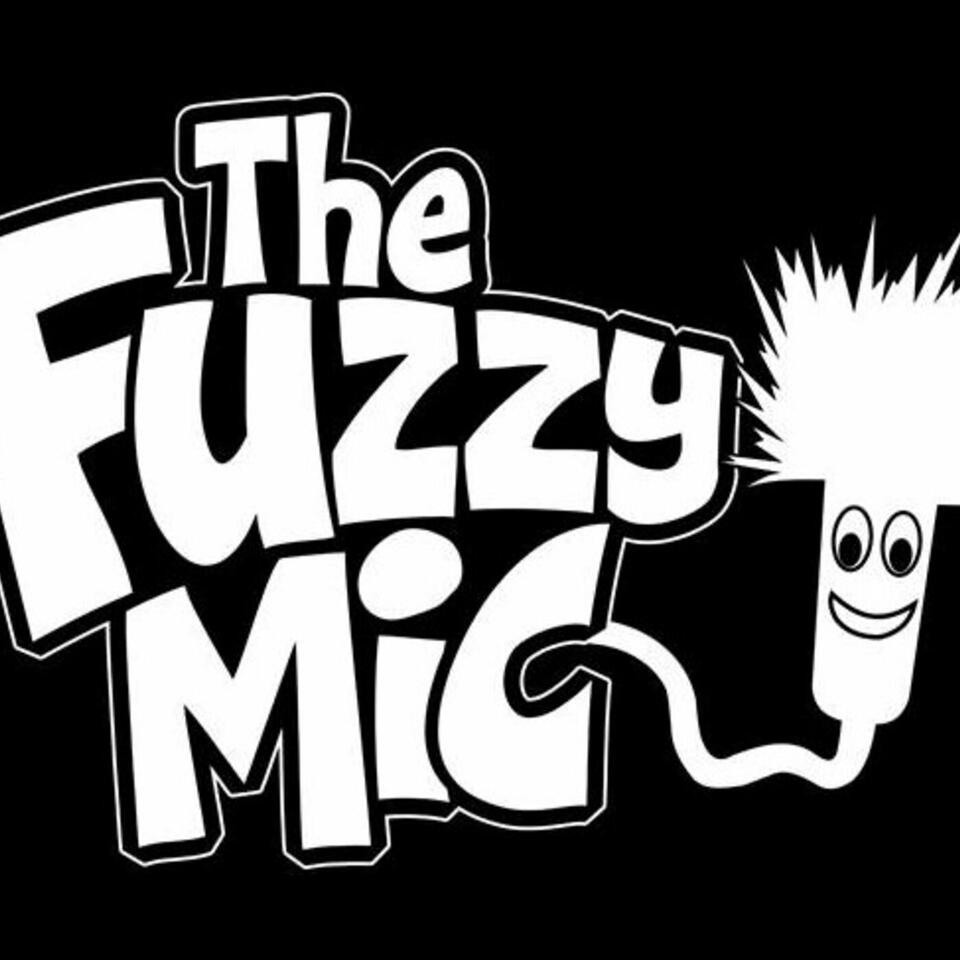 After retiring from a 30-year, major market morning radio career, I'm often asked what I miss the most about the job. I miss 4 C's...camaraderie, creativity, compensation and, most of all, conversation. The Fuzzy Mic, built around conversation to develop camaraderie, taps into creativity, and who knows, maybe someday will lead to compensation. So, while The Fuzzy Mic allows me to fill some professional voids, it's my sincere hope that maybe you'll find something personally fulfilling in it too.

Wendy Whitman was an executive and producer for Court TV and HLN, covering almost every major high-profile murder case in America, becoming an expert on the subject of murder in America. She spent fifteen years at Court TV and another several at HLN for the Nancy Grace show.

“Premonition” is her debut novel and it follows TV journalist, Cary Mackin who gets caught up in the web of a deranged serial killer. Cary has a dark secret tha...

John has toured with Van Halen, Bon Jovi, Aerosmith (he's actually filled in as drummer during Joey Kramer's absence), and painted countless portraits of rock stars, as well as having painted custom drum kits for Frank Beard of ZZ Top, Alex Van Halen, the late Vinnie Paul of Pantera and Damageplan, Joey Kramer and others.

We talk about his art, playing with Aerosmith at the Grammy Awards, touring with Van Halen, the creating...

Jeff Corwin recently sat down with The Fuzzy Mic to talk about the environment, conservation and animal welfare.

With 7 #1 songs to his name, Dustin Lynch is a bona-fide country music star.

In support of his new CD entitled Tullahoma and his current single, "Momma's House", Dustin joined Houston radio station, The New 93Q for a private performance via Zoom.

Hosted by The Fuzzy Mic's Kevin Kline, you'll hear the songs Dustin played and the questions he answered during this episode.

A supergroup named World Goes Round, formed in 1989, never released any of their music...until now.

The song is titled BIG HOUSE and the guitarist for World Goes Round is Marty Walsh.

Marty talks about WGR and why it took 30+ years to release their music and he also shares stories from his time with Supertramp, Seals and Crofts, Eddie Money, Frank Sinatra, Michael Jackson, Kenny Rogers and others.

Never before heard music and neve...

Before he plays Outdoor Channel's Live Stream on Friday, May 29, we talk with Nashville Newcomer Brandon Lay.

He considers himself a "D-list country singer" so we find out what it will take for him to make it to the C, B and A level.

Who's grass would he mow if this person called him and asked him to do it.

Did his wife go into labor during our conversation?

You'll find out about all of this and more during our chat...

Not many people have had as good of a past 7 months as Jordan Davis.
In November, he and his wife welcomed the birth of their baby girl.
In January, his alma mater, LSU, won the NCAA National Championship.
This Friday, May 22, he performs on Outdoor Channel Live Stream and his self-titled EP drops.

You'll hear all about that and one of the funniest Taco Bell stories you'll ever hear during this conversation with Jordan Davis.

What if I told you that my favorite interview of all time was with a global technology consultant?

Well, I'm telling you that my favorite interview ever is right here, with Emmy Award winner, Katie Linendoll.

On my new podcast episode on The Fuzzy Mic Podcast she and I talk about this weekend's Houseparty In The House virtual get-together (super cool I might add), we discuss amazing developments in virtual...

Three things you’ll learn about Travis Denning in this episode:

We had a Skype chat with Carla where we discussed fighting during the pandemic, why not having fans attend is no big deal to her and what some fighters do, that the fans can’t see, to gain an advantage inside the octagon.

In this episode of The Fuzzy Mic, Caylee talks about the one problem her mom had with Caylee’s song FAMILY TREE, she shares an unreal story about the one item that was spared in her house fire and she let’s The Fuzzy Mic host, Kevin Kline have one creepy comment…and she LOVED it!

Actress, author and musician, Chrissy Metz, from @This Is Us, will release her debut album soon through EMI Nashville.

During a Zoom call with members of the staff of @The New 93Q and The Fuzzy Mic host, Kevin Kline, Chrissy talked about being an entertainment triple threat and how her upbringing prepared her for showbiz.

Get ready to enjoy a quick episode with the very talented and genuinely kind, Chrissy Metz.

With the entire world watching, needing to be nearly perfect on her final dives to elevate herself into medal contention, she did the unfathomable.

Now, 20 years later, a 42-year-old mother of 4, she is trying to make another US Olympic Diving Team, competing against women who weren’t even born when she won her gold medal.

The Olympics have been postponed until 2021 du...

Peter J. Hotez, M.D., Ph.D., is a dean at Baylor College of Medicine and co-director of the Center for Vaccine Development at Texas Children’s Hospital in Houston.

As a globally recognized physician-scientist with expertise in neglected tropical diseases and vaccine development, he is a regular expert contributor on all of the major news channels.

COVID-19 has us living in a scary time - Karen McGregor

COVID-19 has us living in a scary time. We're staying indoors, watching the news 24/7, and we're afraid. Everyone around us is afraid. That's because fear is super-contagious.

Today’s guest says we don't have to allow pandemic-driven fear and anxiety to infect our lives. We can learn to rise above it.

Karen McGregor, author of The Tao of Influence: Ancient Wisdom for Modern Leaders and Entrepreneurs, lays out seven ...

She's about to have her first #1 song with her hit single, More Hearts Than Mine.

Her new album, Lady Like, is full of great songs.

The Fuzzy Mic host, Kevin Kline, spoke with her for 5 minutes during an interview for The Q Morning Zoo on The New 93Q, but she was so cool, 5 minutes just wasn't enough.

So, here is a 30 minute chat with Ingrid Andress.

In this episode, you'll find out the one song Ingrid wishes she would have...

One of the world’s most widely read combat sports columnists, Yahoo Sports’ Kevin Iole provides the real details on the cancellation of this weekend’s highly anticipated UFC 249 and what happened after he wrote an article critical of Dana White.

Who does Kevin see landing a BIG fight since UFC 249 didn’t happen?

Kevin gives his thoughts on Loma v. Teo and h...

They’ve been called “the band with the wildest story ever told”.

Considered founding fathers of the Norwegian Black Metal scene, their 1994 album, De Mysteriis Dom Sathanas is considered one of the most influential black metal albums of all time.

Today, with all of that history behind them, founding bassist, Necrobutcher, drummer Hellhammer, singer Attila and guitarists Ghul and Teloch continue the bands musical legacy with their 201...

How To Stay Mentally Tough During COVID-19

We’ve been home bound for the better part of a month with social distancing and isolation predicted to last the remainder of this month, at least.

Now more than ever we need to be MENTALLY TOUGH to keep depression, negativity and despair away.

How do we cope? How do we stay positive when everything around us is so negative? How will we survive?

My guest is Steve Siebold, one of the world’s foremost experts in the field of critical thi...

I chose to go to Oklahoma State University for baseball based on the success of this player and one other Cowboys immortal.

He's been called the greatest college baseball player in the history of the game, posting records at Oklahoma State University, that will likely never be broken.

He was named College Baseball PLAYER OF THE CENTURY in 1999.

In his pro career, as a member of the Texas Rangers, Detroit Tig...

Chat About The Fuzzy Mic