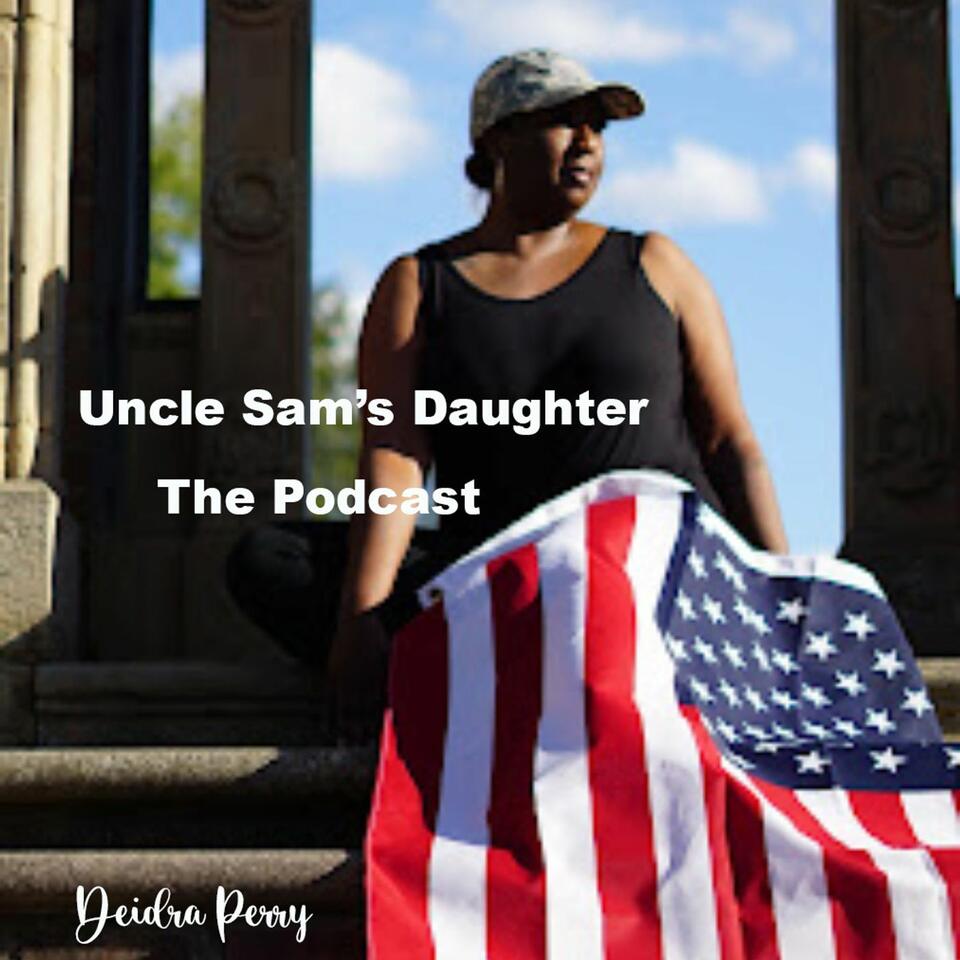 As I began my journey of healing as I shared my stories with some, I quickly realized that my experience in the military was not as unique as I had thought. It took me over a decade to realize that there were many other women (and also some men) who shared a similar story of military sexual trauma, discrimination, abuse, and intimidation among many other things. I couldn’t understand why this was happening and why these things were allowed. Our voices were squandered due to coercion, the lack of someone willing to listen and believe us, or just the plain feeling of hopelessness. Throughout my journey in the military, it often felt like I was a second-class citizen, as a woman, and especially as a black woman. When people found out that I was in the military they seemed so shocked as their picture of a soldier was usually a white man or even a man of any color but rarely a woman, especially a woman of color. When we look at how the military is compromised, we can see that more and more women are entering the service. According to Pew Research, “Women in this decade have made up a much greater share of the active-duty military than they have at any time in U.S. history. Among the ranks of the enlisted, 14% are now women (up from 2% in 1973), and among commissioned officers, 16% are now women, compared with 4% in 1973.” Although women are not a large percentage of the military, we do exist. We matter. Our stories matter. Uncle Sam's Daughter is a podcast that was created to ensure that our voices are heard. Women that I know of who have served have a level of tenacity and strength that is like none other. We have made the same sacrifices and given the same dedication as our male counterparts and therefore we deserve the same opportunities to be heard.

August 2, 2022 • 32 min
In this episode of Uncle Sam's Daughter, I speak with US AirForce veteran, Carma Connor-Marroquin. Carma served 7 yrs in the Airforce and U.S. Public Health Service for 14 yrs.

Carma is a dietitian of 28 years, and she transferred from the USAF to the US Public Health Service because they were downsizing my career field. While serving at Tyndall AFB, she ran the nutrition programming for the base and won the CGO of the quarter a...
Mark as Played

July 26, 2022 • 31 min
In this episode of Uncle Sam's Daughter, I speak with Melissa Washington who is the creator and owner of the Women Veterans Alliance. Women Veterans Alliance is a woman, disabled veteran-owned small business, that was founded in 2015, by Melissa A. Washington a Navy Veteran who saw a need to bring women veterans together to equip, empower and encourage each other.
I discuss with Melissa what it's like to create and sustain a...
Mark as Played

July 19, 2022 • 39 min
In this episode of Uncle Sam's Daughter, I speak with Dr. Carla Kent regarding her life before and after the military. Dr. Kent shares her journey as a mother while trying to figure out her next move and her career. Although she never really planned it, she is now working in the educational field as a Vice Principal in the Public School System. This wonderful mother of 5 shares some lessons learned while appreciating her blessi...
Mark as Played

July 12, 2022 • 37 min
On this episode of Uncle Sam's Daughter-The Podcast, I will be speaking with Army Veteran, Addie Mattox. Mrs. Mattox is a retired US Army 1st SGT and currently serves as the Kentucky Department of Veterans Affairs Women Veterans Program Administrators. Addie and I discussed the transition from military back into the civilian sector and the struggle of starting a career and the lack if mentorship. As Addie discusses her career a...
Mark as Played

March 29, 2022 • 32 min
On this episode of Uncle Sam's Daughter-The Podcast, we speak with service member of The United States Army, Mrs. Porsha Battle.

Please join us as we speak with Porsha about her decision to join the Army. Porsha discusses her AIT assignments and her decision to enroll in Air Assault School. Porsha also speaks about being part of the LGBTQ community and how it effects her military career. All while continuing to encourage others...
Mark as Played

According to Harvard School of Public Health, "Black women face risks to their health from discrimination—both from health professionals who don’t take their concerns seriously and from biological wear and tear caused by chronic stress." Rochelle shares her unique experience as a young mother and her decision to join the...
Mark as Played

March 15, 2022 • 35 min
On this episode of Uncle Sam's Daughter-The Podcast, we speak with Army Veteran Janelle.

Janelle shares with us her struggles of addiction, abuse, rejection, and loss, all while dealing with mental and physical health conditions. Janelle is abreast cancer survivor who has also dealt with MST, PTSD, and major depression.
According to Janelle, "No one believed my story until the powers that be put a doctor in front of me tha...
Mark as Played

March 8, 2022 • 37 min
On this week’s episode of Uncle Sam’s Daughter, we speak with Amie Arizmendi. Amie gives us her perspective as a retired veteran, who served 20 years in the U.S. Navy. Amie served in various roles such as a suicide prevention officer and a sexual assault prevention advocate. Since her retirement, Amie has worked as a mental health therapist and all around life coach, with the hopes of empowering others and helping people overcome b...
Mark as Played

March 1, 2022 • 40 min
On this episode of Uncle Sam’s Daughter, we speak with military spouse and filmmaker (The Journey Back to Normal and Hidden Wounds), Nicole Amelio-Casper. Nicole gives us a unique perspective not only as a spouse of a veteran but also an advocate for veterans and their healing. Her documentary, The Journey Back to Normal- A Look at Complementary Therapies to Combat PTSD is an award winning documentary that can be viewed on Plex TV,...
Mark as Played

February 22, 2022 • 46 min
On today’s episode of Uncle Sam’s Daughter, we talk have a conversation with veteran, Neisha Stevens. Neisha takes us along her journey of mental well-being and how that has developed into a passion, of which she hopes to help others.

More information about the podcast or to be a guest, please visit us at
https://www.deidrarochanne.com/podcast

To pre-order Uncle Sam’s Daughter: The Book visit us at
https://www.deidrarochanne.com/book...
Mark as Played

February 15, 2022 • 37 min
On today’s episode of Uncle Sam’s Daughter, we have an intriguing and fun-filled conversation with Air Force veteran Beverly Davis. Mrs. Davis takes us along her journey by starting off with her decision to join the military and concluding with her present day healthy renewal on life. Mrs. Davis shares with us some amazing products with us and explains how it has impacted her physically, mentally, and spiritually.

February 8, 2022 • 40 min
Welcome to Season 2. We talk to Army veteran, Teresa Kellam (TK), on this episode of Uncle Sam’s Daughter. TK takes on her wild and fun ride as she transitions from her military life into her civilian life. She’s able to fulfill one of her greatest passions while doing what she loves-being a DJ.

More information about the podcast or to be a guest, please visit us at
https://www.deidrarochanne.com/podcast

November 29, 2021 • 30 min
On this episode of Uncle Sam's Daughter-The Podcast, join us as we chat with SFC LaRita Allen. SFC Allen discusses her duration in the Army and how she's transitioning out of the service after finding out about her cancer diagnosis. She's doing all of this while being a single mother, going through chemo treatments, and planning her life after her military service.
Mark as Played

Scar's That Can't Be Seen!

November 9, 2021 • 30 min
On this episode of Uncle Sam’s Daughter – The Podcast, we talk with Army veteran, Tammy Yarbrough and her military journey as a soldier, veteran, and spouse of a soldier. Amongst our discussion, we talk about her experience during the deadliest mass shooting on a U.S. military installation and how it impacted her and her family. This week, twelve years ago marks, the anniversary of this deadly event. On November 5, 2009, in centra...
Mark as Played

November 2, 2021 • 42 min
On this episode of Uncle Sam's Daughter we laugh it up and chat with the busy mom of 2 turned Woman Army Veteran & Small Business Entrepreneur, Charlotte Adams. Charlotte states that, "being a soldier to me was the best thing that could have ever happened to my life. It built me into the person I am today. It taught me the skills I needed to grow (not only in strength but in faith as well) & gave me the privilege t...
Mark as Played

October 20, 2021 • 33 min
On this episode, we continue to bring awareness to Domestic Violence Awareness Month during the month of October. Our guest, Melinda Collett, the Intimate Partner Violence Assistance Coordinator, will be discussing the dynamics of violence in relationships, how VA is working to end relationship violence and promote healthy, happy and safe relationships.

If you’re in the Kentuckiana area, please feel free to contact Melinda at 502-7...
Mark as Played

"What help is there for me?"

October 13, 2021 • 37 min
Domestic Violence Awareness Month began in October of 1987 to bring awareness to victims and domestic violence issues. The horrible truth is that in the US, around every 15 seconds domestic violence occurs. During this episode of Uncle Sam's Daughter-The Podcast we talk with a domestic violence survivor, Krystal, as she shares her journey of domestic violence during and after her military service.

If you or someone you know i...
Mark as Played

The following are her social media accounts:

October 1, 2021 • 32 min
On the this episode of Uncle Sam's Daughter we chat with Ms. Kathryn Brown about her time in the Army as both a female and single mother. Listen to her story as she tells us how she endured.
Mark as Played

"Everyone's the enemy when you're a woman"

September 22, 2021 • 34 min
On this episode of Uncle Sam's Daughter, Donia Addison shares her story of her time in the Army. She shares her deployment experience after 9/11 and the struggles of being a woman.
Mark as Played