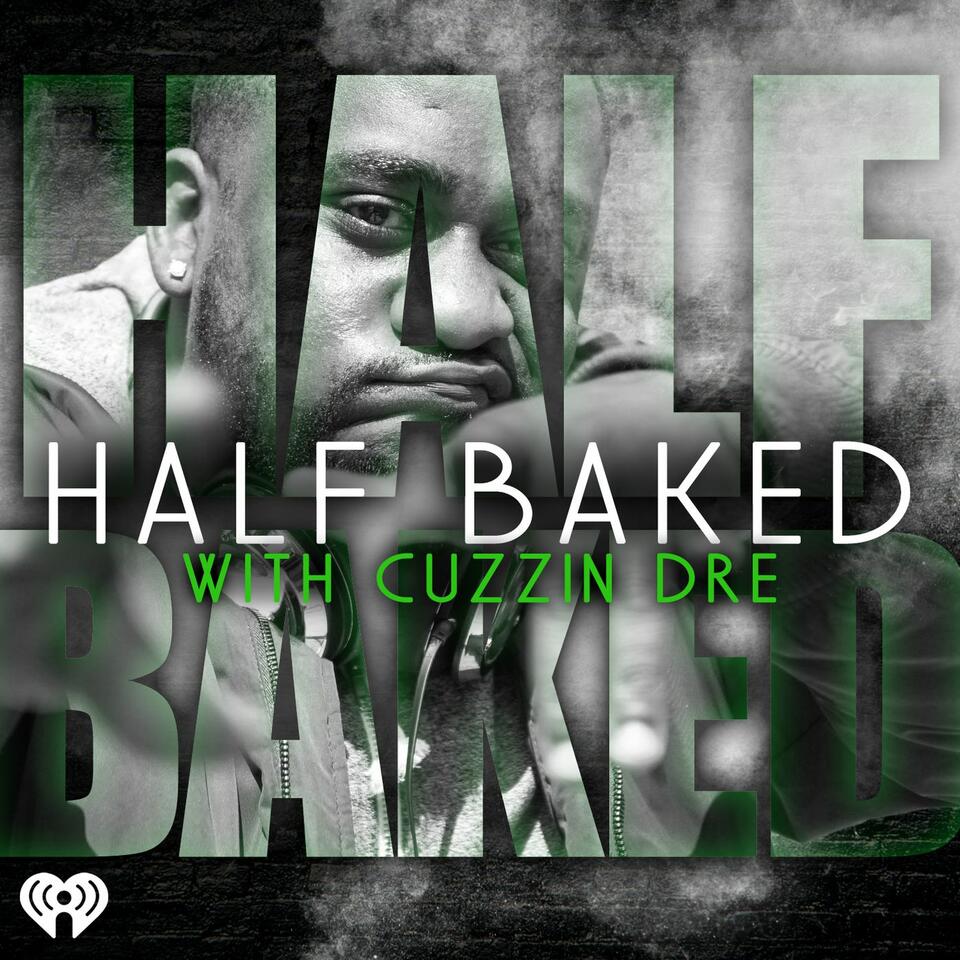 HALF BAKED with Cuzzin Dre

Cuzzin' Dre of the Bay Area's 106 KMEL is here to talk all the about the dumb sh*t celebrities do! Town native, Andre, from a child has had a love for all things music. Thriving musically in drums & percussion throughout his childhood, he continued his musicianship at Oakland School of the Arts where he discovered a new love – The Industry. Developing bands, promoting shows and learning the production behind recording artist was new found interest that turned into his new career goal. During his undergrad at Texas Southern University Andre continued these endeavors as he worked within the music industry as an Assistant Road Manager & Marketing team member who was responsible for Street promo as well as helped artist grow social media presence. Andre found a keen liking to marketing and returned to further his education by earning his MBA degree with a concentration in Marketing. Upon receipt of his master’s Andre realized his best product was in fact his self. His lifelong passion for HIP HOP music along with his magnetic character & love for the culture made him a perfect fit for the 106 family. Emerging as Cuzzin Dre, his career began at Iheart as a street team marketing member, but in 1 short year has expanded his career into a Radio personality, currently working on the Sana G Morning show as the Man on The Streets. As everyone’s favorite cousin, Cuzzin Dre shares his raw unapologetic opinion of the things that are happening in the industry, from celebrity slip ups to providing platforms for new perspectives, Cuzzin Dre ensures everyone has a voice.

December 18, 2018 • 28 min
Bay Area super producers, The Mekanix, jumped the Half-Baked Podcast with Cuzzin Dre. The Mekanix have produced records for multiple artist in the region as well as some of the Bay Area legends such as E-40, Too Short, J. Stalin, Mistah Fab & more! The Half-Baked Podcast is a show based on dumb s&!% that celebrities do & say. On this episode Cuzzin Dre asked The Mekanix their opinions about the most recent Tekashi 69 &a...
Share
Mark as Played

July 21, 2018 • 11 min
On this Episode of the Half Baked Podcast, Oakland Rapper, J. Stalin stops by to holla at Cuzzin Dre about his recent bar fight incident, & Snitching allegations from Boskoe 100.
Share
Mark as Played

July 15, 2018 • 6 min
Cuzzin Dre of the Sana G Morning Show on 106.1 KMEL goes over the legal laws of Nevada, as he explains why this was just simply avoidable & immature of YG.
Share
Mark as Played

July 10, 2018 • 9 min
Cuzzin Dre gives Tory Lanez some advice on crowd surfing and the benefits of having security at his shows.
Share
Mark as Played

May 30, 2018 • 9 min
With the Current rap beef between Drake & Pusha T going on, Cuzzin Dre gives his updated opinion on who is winning the rap battle & the latest diss record from Push T!
Share
Mark as Played

May 28, 2018 • 10 min
On this episode of the Half- Baked Podcast, Cuzzin Dre & G- Biz try to determine whether Pusha T dissing Drake was a dumb thing to do.
Share
Mark as Played

May 15, 2018 • 9 min
On this episode Cuzzin Dre lets us know how he feels about Atlanta Rapper, Ralo's most recent troubles with the police.
Share
Mark as Played

May 2, 2018 • 15 min
Cuzzin Dre talks with Zoe Tha Roasta & Mob Fam about the importance of artist "tapping in" with reputable locals when performing out of town.

Come tap in to the first episode of the HALF BAKED PODCAST!!
Share
Mark as Played