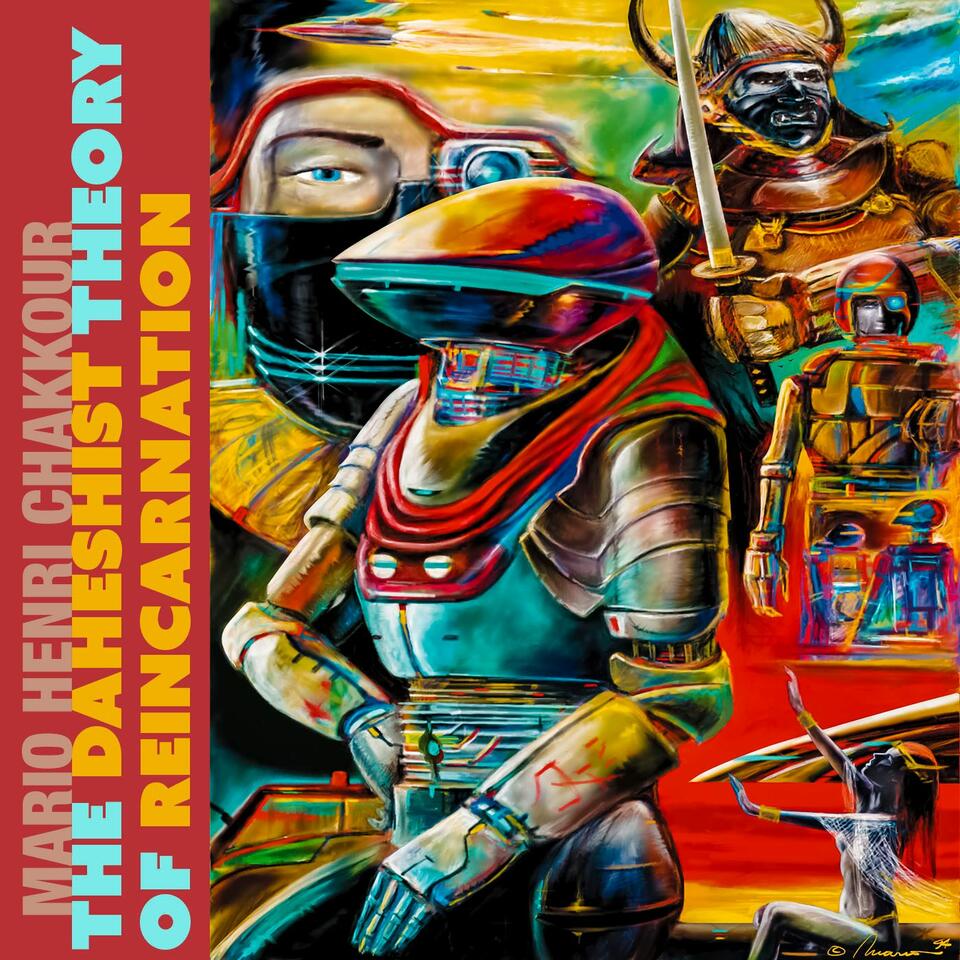 The Daheshist Theory of Reincarnation

In the first half of the Twentieth Century, Doctor Dahesh would arguably reveal the presence of a multidimensional universe through mind-boggling physical manifestations that were beyond his control. I was fortunate enough to meet him in the early 70s, and would later become one of his personal aides and confidants. Between 1980 and up to his death on April 9, 1984, he would grace me with his presence at my New York City apartment. We sometimes spent weeks together, during which many miracles would take place. After his death, I struggled with finding a bridge between what I experienced, and the way with which science was telling me I should think. I grappled with the notions of belief and knowledge, and constantly found myself in a no-man's-land between science and faith. But then, things would evolve in the scientific community to such an extent that many scientists—who might have once been considered to be lunatics, or at the very least very strange—began championing mind-boggling theories. Still, none of that provides tangible scientific proof that the universe was created by a higher power, that it has meaning beyond what we know... As for me, and given the fantastic nature of the events I have witnessed, and some of their implications I was privy to, it is both my privilege and duty to act as your guide through a road perhaps not taken, one that has personally provided me an impetus to embark on a life-long quest for knowledge about the wondrous nature that is our existence. Anything less and I will have disavowed all I have seen and believed, and forfeited my soul.

April 25, 2017 • 52 min
In this first episode, and after a short introduction, I will take you on a quick tour of the universe as seen through the lens of mathematics, theoretical physics, and cosmology. I promise you: if science is your thing, you will want to listen! You may agree, or disagree with my conclusions after I am done retelling 2 fantastic encounters with Doctor Dahesh—believe me, I’ve been there! But, one thing for sure, this will have been ...
Mark as Played

Part 2: The Mechanics of Existence

May 27, 2017 • 35 min
Long before the advent of the Space Age, Doctor Dahesh would reveal the existence of a multidimensional universe that is interwoven with imperceptible and sentient rays called Spiritual Fluids, which radiate from the World of the Spirits. Please Join me on this short, yet fascinating journey into the mechanics of existence according to the Daheshist Faith.
Mark as Played

Part 3: The Dynamics of Life

February 20, 2020 • 89 min
Doctor Dahesh was an exponent of science literacy as a path to discerning evidence of a Creator. Meanwhile, Scientific Atheists prop up the Darwinian Theory of Evolution and pass it off as incontestable scientific fact  only the dim-minded dare question. This episode, which is rich in crucial Daheshist revelations and poignant snapshots from the history of Daheshism, is the opening statement to my case against the Materialist World...
Mark as Played

May 23, 2021 • 75 min
This episode is an unscheduled, urgent stop on my way to showing that well-practiced science is a gateway to the Divine. It takes us deeper into the realm of Daheshist Revelation and is dedicated to Lebanon, my country of birth and the cradle of my childhood memories. It is a brutally honest talk in which I share what I have learned from the writings of Doctor Dahesh, whose name is—tragically—still anathema to the descendants of th...
Mark as Played

Part 5: A Question of Meaning

October 10, 2021 • 73 min
In this episode, I tackle head-on but a small number of gaping flaws inherent within a purported scientific theory that is the cornerstone of intellectually-fulfilled atheism. So, is the popular stigma associated with attempting to argue against Darwinism warranted? Or is it artificial, born of the fearmongering that Darwinists and Scientific Atheists have been engaging in as part of their agenda to scare us into believing the impl...
Mark as Played

March 4, 2022 • 125 min
To anyone who has ever been bullied into accepting Darwinism at face value, or intimidated by the implication they lack the wherewithal to understand its core tenets: this is the episode you have been waiting for! Come, let us escape from this carnival show of smoke and mirrors, as we shield our minds from the gaslighting and equivocation that has led to good, honest science being highjacked by Scientism!
Mark as Played

January 16, 2023 • 149 min
And so we’ve come to the inevitable riddle of passage awaiting earnest champions of science in quest of Truth, if not linguistic clarity! (Seriously, have you ever heard a paleontologist long-windedly describe the intricacies of the tympanic part of the temporal bone?) Now, all aboard and take a deep breath, as we prepare to submerge in a vast, tempestuous ocean; that is, Darwin's rabbit hole. Within its murky depths, purported...
Mark as Played