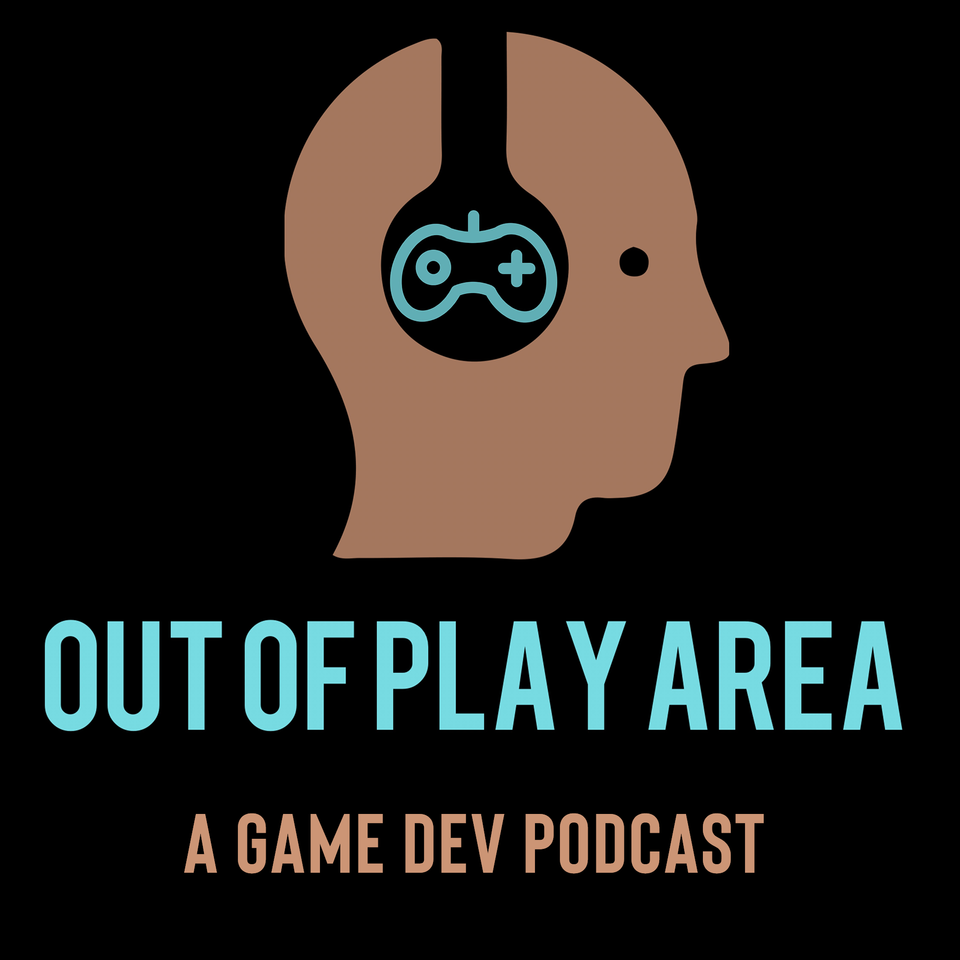 Out of Play Area

A bi-weekly video game development podcast by John R. Diaz, a veteran game designer who goes 1:1 in candid conversations with the developers behind today‘s hit games where we discuss their journey and learnings in this wild industry with no punches pulled. John is a kid born to emigrants from the Dominican Republic in New York City, raised with lots of love, off of food stamps & welfare, where English was not his native language, who got lucky enough to find his passion in developing video games. It took him years in college before figuring out that video game development was something he could learn and do. It wasn‘t until 2007 when he got his lucky 1 in a million chance to get his foot in the door, which required him to move away from all of his family into a city that he knew no one in, Austin Texas to work on his first game Blacksite Area 51 with Midway Games. Since then he‘s gone on to work on some of the biggest games of our time including Grand Theft Auto V and both Red Dead Redemptions. However that road was long, exhausting, and expensive, and it didn‘t have to be. That‘s why he‘s making this show. The video game industry needs more people from all walks of life, beliefs, countries, cultures, languages, shapes, sizes, and origins to make the next big game the world wants to play. If John could do it so can you. This show is all about sharing the experiences of his network, the developers behind the games you love and play, including Game Designers, Animators, Artists, Producers, Engineers, Testers, Directors, Writers, and everything in between, sharing their stories and advice, to answer all those questions you have about how video games are made, and how do you even become a game developer. If you are making video games or want to make them this show is for you, the current & future video game developers where we discuss our art and motivations out of the lines, out of the play area. This is to help put you on to get the opportunity to make the video games you want to play, by hearing how they are made and how the people got here. http://outofplayarea.com Connect with us on Twitter @OutOfPlayArea & the host John R. Diaz. @ElKingpin

Episode 39 features Jason Knobler, a Senior Staff Engineer at Lightning Games in Philadelphia. Jay’s a fellow Full Sail University alumni, who has worked as an Engineer on Rockstar Games’ Red Dead Redemption, and is also writing his own Harmony Game Engine.

Episode 38 features Claude Jerome, a Lead Gameplay Designer for Firewalk Studios part of the Probably Monsters family. Claude’s experience has led him from Vicarious Visions, 1st Playable, to Microsoft on Project Spark, and Bungie on Destiny to where he is today. We talk about how he got where he is, where he’s trying to go, and everything in between.

Episode 37 features Chris Cole a Senior Pipeline Technical Artist working at Amazon Game Studios as of the debut of this episode. We discuss his time at Survios working in VR, breaking in on Blacksite Area 51 at Midway Austin, life at Blizzard working on World of Warcraft, and we discuss ways to better manage and retain your talent.

Episode 36 features Leon Kuperman, who gets his gamedev cred from text based Zork style adventures, and is a Co-founder and CTO at CAST AI. Formerly Vice President of Security Products OCI at Oracle, Leon’s professional experience spans across tech companies such as IBM, Truition, and HostedPCI. He founded and served as the CTO of Zenedge, an enterprise security company protecting large enterprises with a cloud WAF. Leon has 20+...

Episode 35 of Out of Play Area the game developer's podcast, we sit down with the creator of Treachery in Beatdown City and discuss founding his company NuChallenger, alongside his time working in the Game Devs of Color Expo, as well as his journey from NYC and the games industry.

Henry Golding is a Principal Software Engineering Lead at Xbox Game Studios currently spreading the significance of Test Driven Development and Automated Testing in Game Development. He's a native of the UK who has programmed for Sea of Thieves, Minecraft, Disney Universe, and Dead Space: Extraction for the Wii.

We talk about his latest endeavors as well as discuss his journey into the games industry.

Kent Hudson is a fellow Midway Austin colleague who now serves as a Design Director for Brass Lion Entertainment.  We talk about his start at Ion Storm on Deus Ex in Austin TX, then his jump to 2K Marin on Bioshock 2, and end with his indie hit The Novelist and everything in between.

Zach Mumbach is a designer & producer at the Wandering Band who spent 17+ years at EA as a producer on Dante's Inferno, Dead Space, Battlefield: Hardline, Godfather 2, Army of Two: The Devil's Cartel, the Simpsons and more. We talk about his journey in and out of games and more.

Episode 31 features Ben Retan, a Lead AI & Encounter Designer at 2K’s Hangar 13 Studio out of Novato California. Ben is an old Midway Austin homie as well as a fellow Full Sail University alumni whose credits include Star Wars the Force Unleashed 1 & 2 for his days at LucasArts. We talk about Quantum Computing, Game Design, Dream Week, and more.

Episode 30 features Chris Bourassa, a Design Director at Polyarc working out of Seattle. Chris is a fellow Full Sail University of Alumni with over 15 years of game design and engineering experience having worked on Midnight Club LA & Red Dead Redemption at Rockstar San Diego and Carnage Racing at Tiny Giant on Mobile, to his last game Moss 1 & 2.

On episode 29 we sit down with Jason Jurecka, a Lead Software Engineer at Visual Concepts, who just released WWE 2k22 laying the smack down on the competition. He’s a fellow Full Sail Alumni who I had the pleasure to work with at R* San Diego on Red Dead Redemption 1 and GTA V, and who has worked with damn near all the heavy hitters in the game from Blizzard, to EA on Battlefield, to where it all started at Big Huge Games on Catan ...

Episode 28 is dedicated to the people of Ukraine.

Episode 27 of Out of Play Area the game developer's podcast features James Kane, a Game Designer & QA Manager at Raccoon Studios in Montreal, Quebec, Canada. He's an old WB Games Montreal buddy in arms during our time on Metallica & Gotham Knights, who has gone on to do major things in the industry coming up through QA and studying Game Design at Dawson College.

Marie has a long career in game development, where she has worked on several AAA titles such as Batman Arkham Origins, Dead Rising, RollerCoaster Tycoon and Deus Ex. She worked for a number of well-renowned studios such as Ubisoft, Capcom, Warner Bros and Eidos, eventually making her way up to Game Director.

Nowadays, she is a consultant who offers her services for studios, publishers, investors and schools. Marie was also one of t...

On Season 2’s premiere episode we surf the waves of change with Mauro Fiore,

Mauro has spent 20+ years navigating the ever evolving gaming landscape - from console to casual to mobile and beyond.

Join us as we discuss his journey from Carnegie Mellon University’s Entertainment Technology Center to Angel Studios, Rockstar Games, Zynga, Forgame, Linekong, and...

This bonus episode features your host John R. Diaz, a Senior Technical Designer for Electronic Arts Frostbite Engine. In this 1:1 we look back on the podcast and the inaugural year, where we've been, and where we hope to go in 2022.

Season 202(2) will kick off at the end of January / early February. See you all then!

And connect with the show at www.outofplayarea.com

Johnny Wu is a QA Director at Riot Games in Santa Monica who has worked for Respawn on Apex Legends, King, Zynga, and King.

Episode 22 of the game dev's podcast features Elaine Gomez a Game Designer at Brass Lion Entertainment based out of New York City.

Elaine Gómez is an award-winning game designer currently working at Brass Lion Entertainment with 5 years of experience in gameplay and systems design. She is one of the six co-founders of Latinx in Gaming and supports the non-profit organization with game development-related initiatives and resour...

Angelica "Jel" Baca is a UX Designer at Intercept Games who found her way through QA for Glu Mobile, Bungie, PopCap, Card Kingdom, and King.

Listen to her journey through this industry and how she thrives today.

Ryan Paradis, Design Director at Bungie working on Destiny talks about his journey through Full Sail University, working at Rockstar Games in San Diego, to Bungie on Destiny, to 343 on Halo Infinite and more.